As an experienced franchise operator, Wade Seymour of Diggermate Northlakes was well versed in the machinery hire business in Africa before stepping into Diggermate. Having run a large hire company in Africa for several years as part of a franchise group, he respected and had confidence in the franchise model. His experienced business shoulders hold a great deal of knowledge of the hire industry and what should be expected in a franchise group. This interview gives a great insight into the strengths of Diggermate and the level of support you will receive once you are operating within the Diggermate business system. 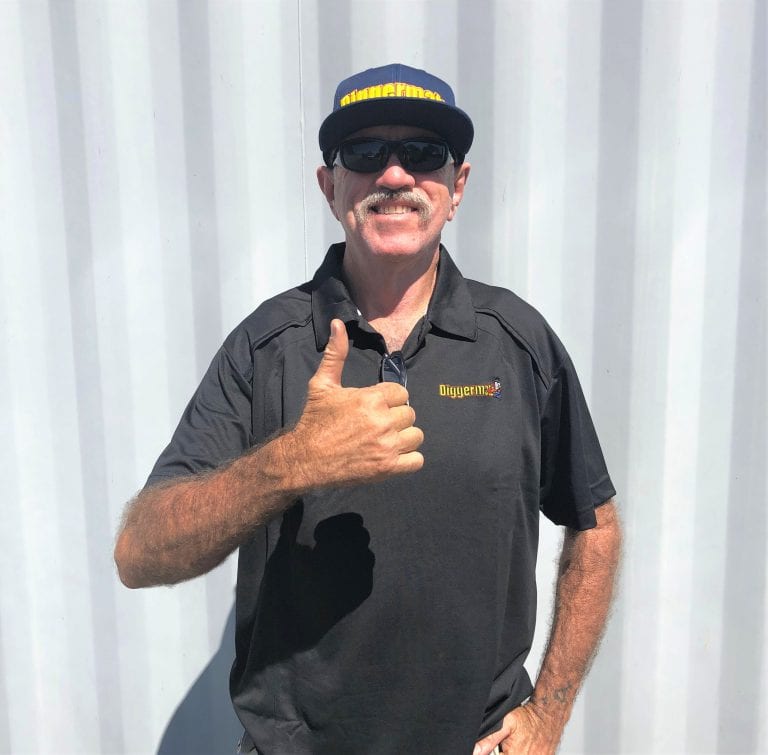 So I want you to share with me the story of how you found Diggermate.

I was living in Africa and I was in the hire business over there, hiring out all sorts of equipment. When it was time for me to come back to Australia, I decided I wanted to stay in the same business and hire out, basically, the one that hires out mini excavators.

So I started to get online and search for prices of machines and all that sort of stuff and licenses etc. Then, I came across Diggermate. I saw that it was a pretty new franchise and they had franchises available. So, I got in touch with Mick and here I am (points to the Diggermate cap).

Can you tell us about your initial concerns with Diggermate and what led you to choose to go to Diggermate then?

Basically, Diggermate had it all in one package. To me, it was a no-brainer. It was sort of like, “I can buy machines, go out on my own, scratch around the ground trying to get the business or get in with Diggermate and basically from day one, it was all there.” 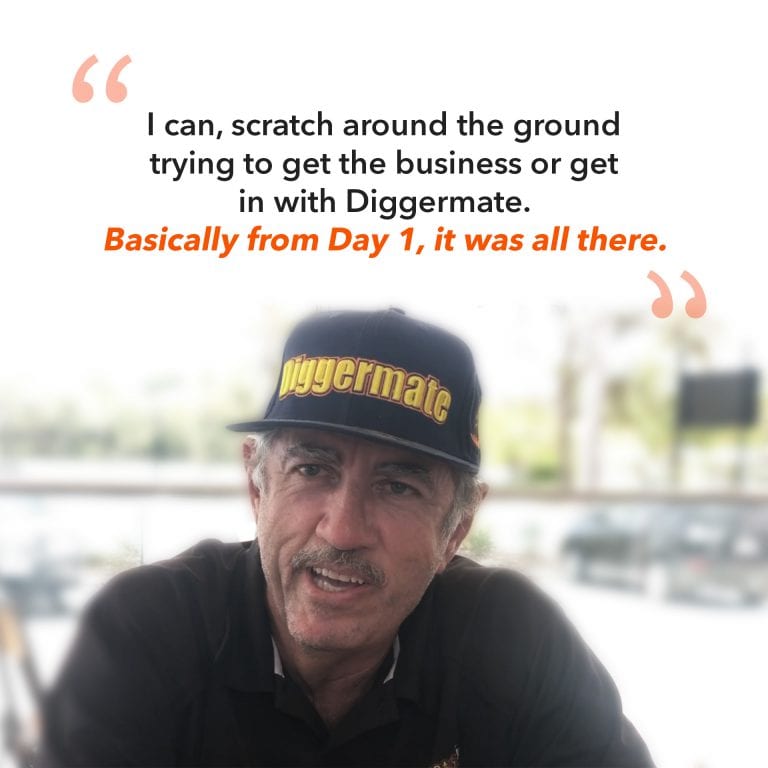 What specific benefits have you received from Diggermate?

Advertising. Specifically, advertising. Mick and the team really understand Google and the power of the web and all those sorts of things that I, a franchise operator,  would never have been able to accomplish myself.

The amount of calls I get, you know from people searching and clicking on Google and finding Diggermate in that way is amazing. So yeah I’d have to say advertising is probably the best support.

Who would you recommend Diggermate to and why?

As a franchise operator for Diggermate North Lakes, I would recommend Diggermate to anyone that’s looking to get into the business themselves. You can start Diggermate with reasonably minimum capital. It’s an easy business to get involved with. It doesn’t drag on and it doesn’t take fifteen hours a day like some of my other businesses have, you can put that much into it and achieve more if you want to. But I would say anyone who’s looking to make an extra income or a full-time income, you should look at Diggermate.

Diggermate is a proud family-owned and operated franchise business throughout Australia. If you are keen to bring Diggermate into your region, don’t hesitate to touch base with our sales team. See all the details here.

Book by LocationBook by Machine