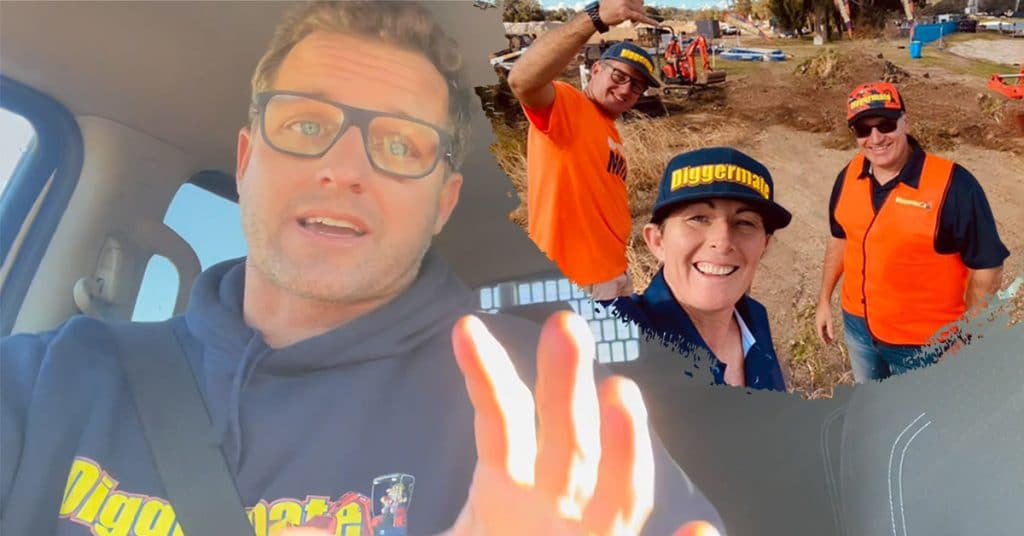 May 2021 has signified a turning point for the Diggermate mini excavator hire franchise group as we achieve 1,000 hires in a single month! This is a peg in the ground that stakes the claim: yes, we are here to stay.

Having established the brand in 2015 and launching the franchise network in 2016, the Diggermate group has experienced steady growth up until 2019. Since then, the group has gained momentum with new franchisees coming on board recently at a rate of two per month.

The easy paperless business model, low-cost entry, plus the option to start the business as a side hustle and move into a full-time operation have all attributed to the growth. But the overarching benefit of the group which continues to shine is the lead generation platform for both franchisor and franchisees. This platform has helped Diggermate achieve this recent accomplishment and one that signifies that the group is an establishment player in the mini excavator hire industry in Australia.

Diggermate franchise director Len Ferguson says “It’s a testament to the dedication of the franchisees who are working with our customers day in day out. They are on the ground, staying positive and always looking towards a positive future with Diggermate.” He adds, “The franchisor’s marketing team is young, focused, and on the cutting edge of the digital marketing technology available. The structure that’s now in place is beginning to deliver rewards for everyone involved. The platform, and the database the team is building, will be a huge asset to the group as we grow.“.

According to franchisor Mick Watkins, “This is only the beginning, with the next target a lofty 10,000 hires in a month. It’s a huge goal, but with 400 territories earmarked in Australia to sell over the next few years, the sky is really the limit for Diggermate mini excavator hire.”

(This video was filmed on a private road within private residential land.)