Franchising—a decades-old business model that started in the 1960s and continues to thrive in the modern world, albeit with a twist. This is the story of Mick Watkins, founder of the service-based franchise Diggermate, and how he is a modern franchisor.

Relatively new to the franchising world in 2015, Mick has taken Diggermate to a whole new level in the last year. In this time, his business has flourished and doubled in size, with a forecast to continue doubling again next year. I know you’re thinking the same—how is that even possible amidst a global pandemic? “I feel we’re doing things well as a group, and our COVID-19 experience [has only] accelerated our momentum.”, Mick shares. Through his story, he hopes to inspire and encourage other small service-based franchise groups similar to Diggermate.

Diggermate is a Mini Excavator Hire business that specialises in hiring equipment for DIYérs and trades to complete tight access earthworks on domestic and small commercial sites. On the ground, they appear to just be another service-based company, but Mick says they follow a unique thought pattern. “How we act and the projects we focus on are vastly different from putting on work boots and squeezing grease into our machines.”

Through this unconventional way of thinking, Diggermate franchising has not only stayed afloat but thrived during the recent events of the COVID-19 pandemic. Mick shares a quote from Shopify VP Loren Padelfor that goes, “COVID has acted like a time machine—it bought 2020 to 2030.” What Diggermate was planned to complete 10 years into the future happened in less than a year, and much like the rest of the world, they were forced to adapt to a new way of doing things: online learning, remote teams, and days and days of working in solitary confinement sans human interaction (other than the daily Zoom calls, of course).

This global change is no longer new information, but what surprised Mick and the Diggermate team was their ability to survive while other similar franchise-based businesses struggled to the point of shutting down. The secret sauce to Diggermate’s success? Understanding that lead generation and marketing are the most important factors to a small business offering.

“Sure, every franchise model needs to offer an operational platform. That’s what franchisees are buying, right? Well, sort of. Once the business is up and running, it’s not the operational platform that will keep the phone ringing with fresh leads—it’s the marketing platform.”, says Mick.

In his five short years as Managing Director and Founder of Diggermate, Mick learned that franchisees mainly complain about two things: 1) not enough support, and 2) not making enough money. “Ironically, if they are making enough money, they won’t worry about the support.”, he jests. So Diggermate set its foundation on being a data-driven technology company with a core focus on marketing, a different concept from the service its franchisees offer to its customers on the ground. 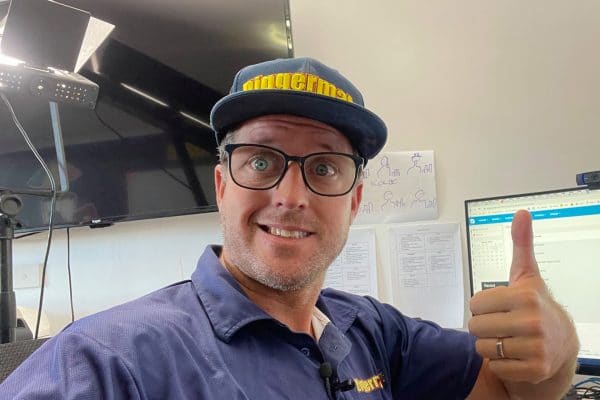 85% of Diggermate’s franchising platform consists of projects and tasks that are marketing and lead generation focused. To satisfy this requirement, they built a digital marketing team of 11 people (and growing) to help build campaigns and help franchise owners generate leads. As part of the franchise offering, Diggermate franchisees get expert advice and assistance in Google Ads, Google My Business, SEO, Content Creation, and Social Media Marketing. These are all in-house and at the disposal of every franchisee for the ongoing growth of their Diggermate franchise business.

However, Mick claims it’s not a one-size-fits-all approach nor a “set and forget” system; Diggermate’s digital marketing platform requires them to be in the bubble of technological change and making internal tweaks as required.  “It’s not simply setting up advertising campaigns or plugging in some SEO, it’s about a holistic approach to the long-term development of a customer base, recognising customer touchpoints, transparency, and a system that trains and educates all levels of intellect in a franchise group.”, he explains. Diggermate puts these pieces together to show the ongoing value being generated for its franchisees and ultimately, keep the group positive by knowing they are well-supported.

“Many smaller businesses haven’t reached base camp yet. So when COVID hit the world and mammoth change was required to survive, many weren’t equipped to adapt and capitalise on the hidden opportunities.”, adds Mick. Embracing technology and believing that Diggermate is a digital marketing company—not just a franchising business—has made it possible for them to thrive during these times.

Mick feels Diggermate is past what he thinks is the magic growth number of an established franchise group: 20 franchisees. He adds that they’re not only past it but “blew through this glass ceiling in a flash!” At this point, the business is now at base camp in terms of business development. “We’ve climbed the first part of the mountain and can now stop at base camp, reassess, maybe sip a hot cuppa and exhale for a moment, and then ponder on what we’re going to pack for the next part of our business journey: the summit we can see over a few peaks and far into the distance.”, Mick explains. 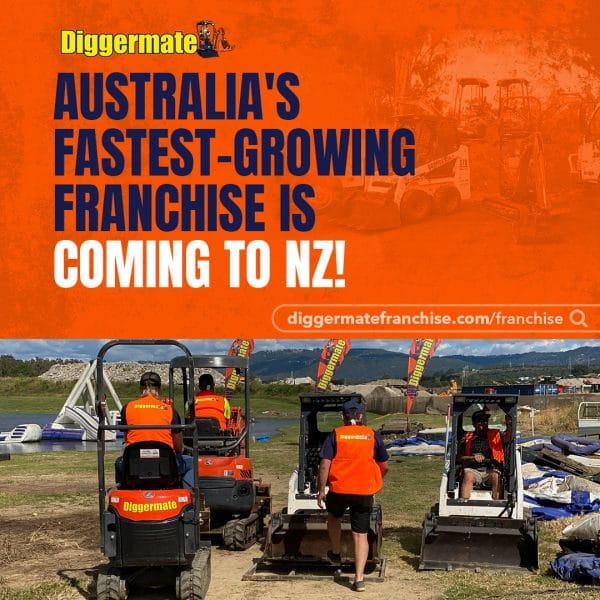 The entire Diggermate team remains grateful for the opportunities that opened up amidst the COVID-19 pandemic. During this time, they have successfully pivoted, continue to grow the group, and drive more leads for Diggermate franchisees. Mick looks back and says, “All this, during a time when the world was filled with chaos, crisis and uncertainty.. we couldn’t be more grateful.”

Well, they even took a moment to have a cuppa at base camp, stared off into the distance, and daydreamed about what it’s going to feel like when they reach the summit in the far distance. And in the words of our modern franchisor, Mick Watkins, “man, it felt good!”